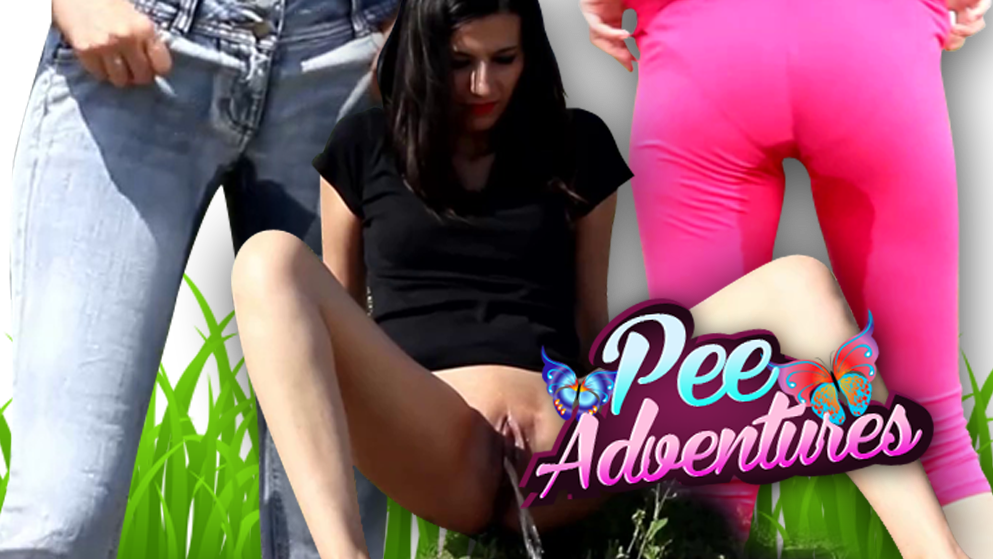 Checkout our latest episodes below

Simone had a lot of beers today. She really must empty her bladder. She climbs on top of my car, and standing spreads her legs and pee right on the windshield of my car. She then kneels and wipe and clean it all with a napkin. PA123

Pee on a dirt road, standing

Simone is in the middle of a dirt road, she feels the need to empty her bladder right there, so she opens her legs a little bit and she pee right there standing. PA122

Pissing on my car, again.

Smoking outside, she drinks a lot of beers. She then feels the need to pee and she open her legs wide and pee right there on my car. She loves to pee all over my car. PA121

Change wet clothes in the car, regardless of passing by cars.

Simone is changing her wet pissed clothes with new ones, in the car and on a busy road, regardless of passing by cars. Some trucker watches curious from his truck at her nudity. PA120

Chubby girl pee on a pile of rocks in the middle of nowhere.

Simone has had so many liquids that is feels her head heavy and fer bladder ready to burst. She sits down on a pile of rocks right there rises her dress and empty herself with a lot of jets. PA119

Topless in the car, playing around, smoking and having fun.

We took a ride in the car, Simone is topless , she smokes and plays around with some bottles. She is very dirty girl. PA118

Simone has had a lot of liquids today. She stands in the middle of the dirt road and she releases her bladder right there, she pee trough her pantyhose. She then changes in a dress in the car, and wipes her wet and muddy feet with a napkin PA117

Simone is not wearing any panties. She smokes and relaxes on top of my car parked next to the road. She drinks beer, smokes and shows her wet pussy in wet pantyhose. PA116

Simone relaxes on a field of grass. She spreads her legs and empty her bladder right there trough her pantyhose, regardless of the people in he background. She looks at the pee jet and feels so relaxed as she empties her full bladder. PA115

Pissing on an abandoned car

Simone feels the urge to release her bladder, and she climbs on an abandoned car, and opens her legs (she doesn't wear panties) and piss right there wetting the dusty car. PA114

Pissing on my car and cleaning it with her panties.

Simone is out on a sunny day. We pulled on a secondary road, and she drinks beer, she climbs on my car and she pee right there on it. After that she takes out her panties and clean my car with them. PA113

Pissing right there next to the car

Pissing at the public fountain and wiping pussy with a leaf

Simone found a public fountain, next to a busy road. She conspicuous sit on the fountain and pee right there. She washes her pussy with water from the fountain and wipe it with a leaf. PA110

Drink alcohol on the street and pee on public bench.

Simone is a naughty girl who loves to mark her territory. She loves to pee on public objects. Se is sitting on a public bench and she drinks alcohol on the street. She then feels the pressure so she just pulls her panties on the left and pee on the bench with several jets in the full view of the passing by cars. PA109

Drinking beer in the car and relaxing

Simone loves to drink beer to smoke and relax while I drive to the forest next to our city. We stop to take a coffee at a gas station and she feels the need to pee , she crosses her legs to hold herself. PA108

Pissing on my car

Simone is a very naughty girl. She loves to pee in the most original places. She climbs on my car and sits on a towel, open her legs and shoot several pee jets right at me. PA107

Drinking and playing with her pussy in the car

Regardless that she is in a car on a public place, Simone is drinking a lot of beers, she open her legs wide, shows her thick labia pussy, play with her pussy and wash her with some beer. She ties very hard to pee, but the pee just won't come. She loves to pee in the car, but she doesn't succeed any time. PA106

Peeing in the middle of a forest road

Simone is so desperate to pee that she sits down in the middle of a forest road and jet after jet she empty her bladder right there. She hears a lot of strange noises and she looks around scared not to be caught by somebody, or worse, by a bear or a wild animal in the forest. She wipes her pussy with a leaf and leaves scared. PA105

Forest pee in very many jets, between tween tree trunks

Simone goes to the forest, she drinks beer and smoke when she is struck by the need to release herself. She sits down on a split in tween tree trunks, and pee with multiple jets for a long time while she touch her pussy and when she is done, she wipe her pussy with a leaf found on the spot, since she forgot her Kleenex in the car. PA104

Upskirt peeing next to a road block

Simone has gone to the end of the road., There is no way possible ahead. She is desperate to pee, to empty her full bladder. She MUST pee right there, no matter that she is next to a busy road. She pulls her panties apart and pee right there. PA103

Girl play in the car

After a long trip in the car we found a quite place and Simone had some liquid, smoked some cigarettes and played with herself a little bitt. PA102

Open legs pee on a pile of rocks

Simone is so full of beer. She had several beverages since it was a very hot day. She get's on a pile of rocks , open her legs, pull her panties apart and pee jet after jet for a long time. She stops only to have some more liquid, and then she pee again. PA101

Smoking, drinking and playing with pussy in the car

Simone relaxes smoking a cigarette, she drinks beer and play with her tits in the car. PA100

Simone spotted some ruined buildings from the car and being an adventurous girl, she asked me to go there and investigate it. While going trough each floor of the ruined block, she feels the need to empty her bladder and she does it right there on the floor. She has been holding it for a long time, and she pees jet after jet, making a big puddle of pee. PA99

Simone eats and drinks beer standing next to a busy road. She feels her bladder getting full, and she crosses her legs to held her pee. She is very naughty and she pours beer on her pussy. PA98

Pissing several times next to a busy road.

We pulled over on a busy road, so Simone can relieve herself. She puts a leg on the front of the car and she rises her dress and piss in front of the wheel several times. She can't stop drinking from time to time. She enjoys beer so much, but this is making her pee a lot. We must pull over several times each time we take the car for a ride. PA97

Having some beers outdoors, playing with pussy and desperate to pee.

Simone is outside, she relaxes in the sun, she drinks a lot of beers and she pours beers over her wet pussy. She is so desperate to pee, but her bladder is full and blocked. Have you ever had that feeling when you are so full of pee, yet you cannot pee right then ? PA96

Smoking, drinking and desperate to pee

Simone is smoking and relaxing outdoor, dressed in a pink dress. She drinks a lot of beers and she relaxes. But her belly is full of beer and she is desperate to pee, which she cannot because there are a lot of cars passing by. PA95

Drinking a lot of beers and smoking outdoor

Simone loves to relax outdoors. She loves to talk, to smoke, and to drink cold beers on a hot summer day. And she drinks and drinks beer after beer making her bladder visibly bulge. PA94